Herndon Middle School opened on September 5, 1961. In 1958, the Fairfax County School Board voted to reorganize the public school system and establish the county’s first intermediate schools. Traditionally, students in grades 1-7 attended elementary schools, and students in grades 8-12 attended high schools. Intermediate schools were created to ease the transition from elementary school to high school, and provide students with a specialized program of study geared to the specific needs of their age group. A pilot program began in the fall of 1958 and proved so successful that Fairfax County Public Schools administrators embarked on an ambitious plan to open eight more intermediate schools during the 1960-61 school year. Herndon was a unique case, however, because our school campus operated very differently from others in the Fairfax County public school system. In 1912, the first Herndon High School opened on the present site of Herndon Middle School. Though the building was referred to as a high school, it actually housed students in grades 1-12.

The first Herndon High School was destroyed by fire in January 1927 and quickly replaced. The new building also housed students in the elementary and secondary grades until the early 1950s when a new facility was constructed adjacent to the old. The 1927 building housed students in the elementary grades, and the new building housed students in the secondary grades. On September 5, 1961, Herndon Elementary School opened on Dranesville Road. Seventh and eighth graders moved into the vacated 1927 building and were organized as Herndon Intermediate School . Herndon was one of two intermediate schools opened during the 1961-62 school year, making our school one of the original 11 intermediate schools established by Fairfax County Public Schools.

On September 5, 1967, Herndon High School moved to its present location on Bennett Street and Herndon Intermediate School  expanded to occupy the entire school campus. Our school has seen many changes since those early years, both in terms of academic instruction and in the physical layout of our building.

In the early 1980s, the original section of our school, built in 1927, was torn down and a decade later a new addition was built on the site. In the early 1990s, all intermediate schools in Fairfax County were renamed as middle schools. Explore the evolution of our building in this series of aerial photographs courtesy of Fairfax County's GIS & Mapping Services. 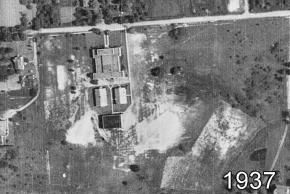 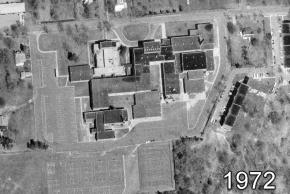 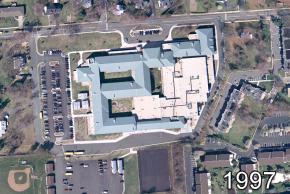 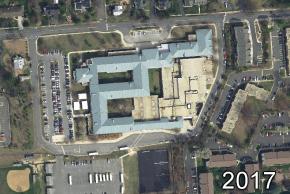 In 1995 the Herndon Middle School Band, under the direction of Ms. Noreen Liennemann, won the prestigious Sudler Cup, presented by the John Philip Sousa Foundation to honor middle school concert bands that have demonstrated high standards of excellence over a period of years.

What's in a Name?

Learn about the origin of our school's name in this video produced for Fairfax County Public Schools’ cable television channel Red Apple 21.